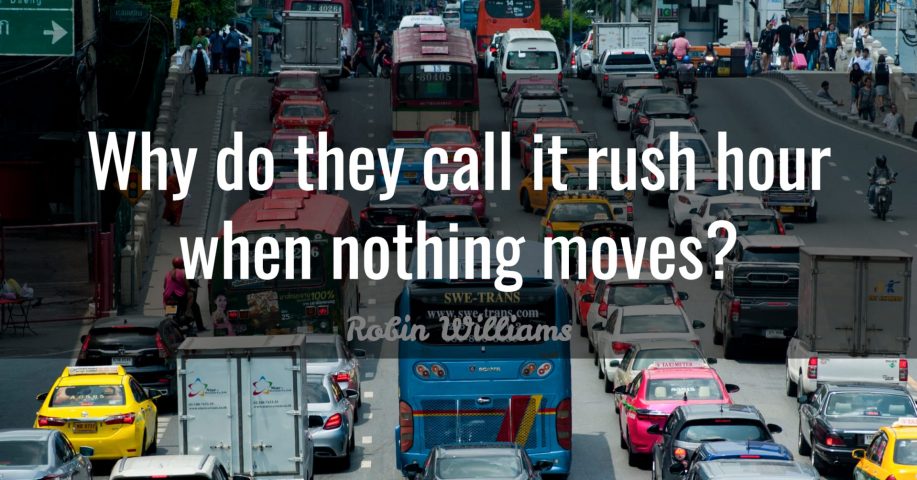 Why do they call it rush hour when nothing moves?

Such fun quotes – thank you Robin Williams! I hate traffic and living in the Dallas Metroplex, we have plnty of it. I used to work 30 miles away and it would take often 90 or minutes to make the commute. So my reasoning behind the words “rush hour” for me were:

“Oh my gravy! It’s 4pm, I better get my ass in gear so I can leave on time before I hit traffic!”

Hence, 4-5pm became my rush hour so I could get out of there on time!! Then I would get on the road and rush to try to beat traffic. Sometime I won the game, most often I did not. Such a funny quote though and so true!